Dr Benson Chilima is a medical microbiologist, who graduated from London School of Hygiene and Tropical Medicine (PhD in Infectious Diseases Microbiology), from University College London (MSc in Medical Microbiology). He is the former Chairman of the National Health Sciences Research Committee in Malawi and is currently working at policy level in the Ministry of Health. 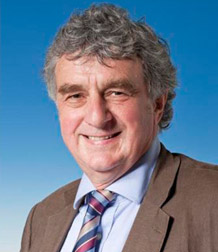 Professor Ian Weller is an Emeritus Professor of Sexually Transmitted Diseases at University College London. Chair of the Steering Committees of a number of international trials and studies in HIV/AIDS, funded by the UK’s Medical Research Council, the Wellcome Trust and Department of International Development. He was Vice-Chair of the UK’s Commission on Human Medicines and is Chair of the trustees of the HIV Research Trust providing scholarships for health care professionals from resource limited countries. 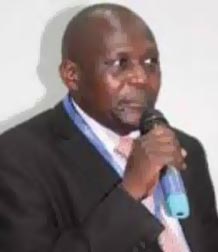 Dr. h.c. Tom Aliti Candia serves as the Commissioner Health Services (Health Sector Partners and Multi-Sectoral Coordination) in the Health Governance and Standards Directorate, Ministry of Health, Uganda. He has an extensive work experience of over 26 years, of which 14 years have been in the decentralized Service delivery prior to joining the Ministry of Health in 2009. His work experience dates back to 1993 when he worked as a Social Services coordinator for International federation of Red Cross (IFRC) supporting 243,000 South Sudanese refugees in Koboko, Uganda.

Diana is a paediatrician, Professor of Epidemiology and Leader of the Paediatric Research Programme at the MRC Clinical Trials Unit at UCL, London. Since early 1990s, she has coordinated multi-country paediatric HIV trials across Europe, Thailand and South America, expanding to South/East Africa in 1999 and recently to India. Her focus has widened to tuberculosis, malaria and antimicrobial resistance. Evaluating children’s medicines suitable to the setting is a theme across all research and capacity building is a key component of trial programmes.

Elly T Katabira is a Professor of Medicine at the School of Medicine, Makerere University College of Health Sciences, Kampala, Uganda.

Dr. Katabira received his medical degree at Makerere University and went on to specialise in Neurology in England. He has been working in the field of HIV as a clinician, an educator and a researcher since 1985. He started the first AIDS clinic in Africa and has worked with many organizations including WHO and UNAIDS. He joined the IAS in 1990 and in 2000 became the regional representative at the governing council. In 2010 he became the President of IAS up to 2012.

Carol Levin is an expert in costing health technologies and interventions delivered in public health delivery systems. Currently, she is the director for the Global Health Cost Consortium to strengthen access to, and the use of, high quality cost data for HIV and TB. Previously, she led the systematic review of costs of global health interventions as part of the Disease Control Priorities Project.

Professor Alistair McGuire is Chair in Health Economics in the Department of Health Policy.

He has been interested in the economics of health care for over thirty years. Professor McGuire’s research interests cover all topics in health economics, including international comparisons, economics of the hospital, public/private sector interface, cost-effectiveness analysis of health technologies, and health economics alongside clinical trials.

Chief of Health Services for Malawi

Dr Charles Mwansambo is a UK trained Paediatrician and is a Fellow of the Royal College of Paediatrics and Child Health. He is currently the Chief of Health Services for Malawi.

Prior to the current post, he was Secretary for Health and before that was a Consultant Paediatrician and Head of Department at the Kamuzu Central Hospital in Malawi’s Capital City, Lilongwe, where he still practices to date. He also served as Hospital Director at the same institution in the late 90’s and early 2000’s.

McBride is the Ag. Director of Governance and Specialised Reporting at the APRM, Continental Secretariat, an autonomous entity of the African Union. He has served on several public governance boards and has extensive leadership background in multilateral institutions, international organizations and state affiliated institutions dealing with the highest levels of policy making in Africa, Asia, Europe and the United States.

Previous engagements include those held with the Southern Africa Trust, Visiting Fellow at the Atlantic Council of the United States, Team Leader EC funded government project, and Head National Programme ActionAid International and Principal Consultant Long-Term Training at the Malawi Institute of Management.

Professor Moffat Nyirenda is a Diabetologist/Endocrinologist and Professor of Medicine (Global Non-Communicable Diseases) at the LSHTM, and lead the chronic non-communicable diseases (NCDs) research theme at MRC/UVRI & LSHTM Uganda Research Unit. Before joining MRC/UVRI & LSHTM Uganda Research Unit, Moffat was Director of Malawi Epidemiology and Intervention Research Unit. Moffat’s research interests lie in mechanistic understanding (clinical and laboratory phenotyping) of the aetiology of NCDs. He serves on a number of committees, including being chairman of Scientific Advisory Board for GSK Africa NCD Open Lab and member of the Wellcome Trust Public Health and Tropical Medicine Interview Committee, among many others. 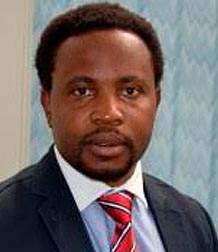 Dr. John Phuka is currently Dean of the School of Public Health. His research interests are largely in nutritional related matters and interactions. His expertise led him to advising the Malawian Government and its partners through serving in technical working groups and nutrition policy advisory boards. 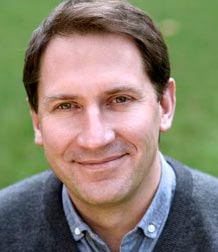 London School of Hygiene and Tropical Medicine, and representative of the GCRF RECAP Project

Professor Bayard Roberts is the Director of the Centre for Global Chronic Conditions at LSHTM, and Editor-in-Chief of the BMC journal Conflict and Health.

His research addresses the health determinants, policies and systems of countries experiencing major social change such as those affected by armed conflict and forced migration. This research has focused particularly on chronic conditions of mental health and non-communicable diseases, and harmful health behaviours such as tobacco and harmful alcohol use.