This EQ-5D-5L valuation study is the first of its kind to be delivered in and for Uganda, and the first to use a ‘lite’ protocol: which aims to reduce the resource demands involved in conducting field work and generating data – particularly for resource-constrained settings. Following the publication of the EQ-5D-5L value set for Uganda, researchers discuss how the study can help to inform resource allocation decision-making in the East Africa region, as part of the ongoing move towards Universal Health Coverage.

EQ-5D is a family of instruments developed to describe and value patient-reported health. They have been used for over 30 years in clinical trials, population studies, and real-world settings. To convert an individual EQ-5D health state to a single summary index, a value set is used. It represents the preferences of the general population of a country or region with respect to health.

In line with the growing interest in using Health Technology Assessments (HTA) to assess health interventions, the country-specific EQ-5D value sets are preferred to reflect the social preferences of a population and provide valuable information to inform economic evaluations in a context where better decisions regarding resource allocation are essential.

Prior to July 2021, the majority of 5-level EQ-5D (EQ-5D-5L) value sets had been conducted in Asia, Europe, North and South America, and Australia. The application of these value sets is limited by the differences in the populations for which they were developed and African populations. More African countries have undertaken the development of their own EQ-5D value sets, including Ethiopia (2020) and Egypt (in development). Older versions of the value set (EQ-5D-3L) have also been developed in Zimbabwe (early 2000s) and Tunisia (2021).

Crucially, a number of challenges have been identified in adopting the standardised EuroQol Valuation Technology (EQ-VT) protocol in resource-constrained settings. Obtaining a sample of 1,000 respondents from the general public has proven to be a resource intensive process, especially when attempting to collect data from multiple cities within a specific country or region. In addition, valuation tasks, such as composite time trade-off (cTTO) or discrete choice experiment (DCE), have presented cognitive challenges for those participating in the study.

In view of these challenges, researchers proposed the development of a lighter, more time-efficient protocol, which involved reducing the sample size from 1,000 participants to 500 participants, but invited each participant to complete more tasks, enabling the same amount of cTTO responses to be collected from a representative sample of the population. This approach has the advantage of saving resources, whilst still producing a high quality value set that represents the preferences of the general population of Uganda.

The design of this ‘lite’ protocol was informed by the results of previous global EQ-5D-5L studies that a substantial number of published value sets were based on TTO data only and using the TTO technique yielded good psychometric properties among Ugandan participants. Our results indicate the feasibility and potential benefits of using this protocol for future EQ-5D-5L studies, especially those conducted in resource-constrained settings.

The EQ-5D-5L value set for Uganda could be used in economic evaluations and, more broadly, resource allocation and decision making processes.

As the first EQ-5D-5L valuation study to be conducted in Uganda and the second for sub-Saharan Africa (following Ethiopia), and the first to use a ‘lite’ protocol method, it is hoped that this value set will serve as the foundation for sound health economic evaluations and health technology assessment, to inform decision making in Uganda, and also offer a useful, comparative value set for other sub-Saharan African country settings.

To support the future implementation and usability of the Uganda value set, to inform decision making in Uganda and the wider East Africa region, researchers have published a research article and developed a Simple Guide on Using the Ugandan EQ-5D-5L value set. Further information and links to these published works can be found below.

The project was co-funded by the UK Research and Innovation (UKRI), as part of the GCRF Thanzi la Onse programme, and the EuroQol Foundation. You can read more about the study using the links to the research paper and guidance document below: 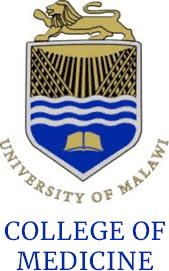